You don't have any saved vehicles!

Look for this link on your favorites:

Once you've saved some vehicles, you can view them here at any time.

CALL US FIND US

We are taking deposits now on the new Bronco orders!

The new 2021 Ford Bronco is coming back after 24 years. Previously it was produced between 1966 through 1996. Ford has not released pictures for the public as of yet. But we will post them as soon as Ford makes them available. In the meantime, if you would like to be notified when we have more information or when the 2021 Bronco is in stock, please fill out the form below.

Why settle for just an SUV when you can drive a legend? The long awaited return of the Ford Bronco is finally here. Approximately 54 years ago, in 1966, Ford introduced the first Bronco SUV. Production of the Bronco was discontinued in 1996. In 2017, Ford announced at the North American International Auto Show in Detroit that the Bronco would be making a comeback. After patiently waiting, fans of the iconic SUV, as well as newcomers to the brand, can anticipate seeing the Bronco in showrooms in 2020.

The Bronco is slated to be a major competitor for the Jeep Wrangler. Like the Wrangler, it is expected to have both a two-door and four-door model available. It is expected that the 2020 Bronco will feature a removable hardtop and removable doors to provide adventurers with an open air driving experience. Some renderings of the truck indicate that the B, C, and D pillars are removable along with the hardtop. Mirrors attached to the A-pillars rather than to the doors means that mirrors are still usable when the doors are removed. Some patent documents show that the doors are removable without using tools. Other patent documentation indicates the availability of a mesh or soft top to replace the hardtop when it is removed. A mesh top would allow air flow while blocking sunlight when driving. In some preliminary drawings the available soft top is shown being used as an emergency tent behind the Bronco.

The new 2020 Bronco will share a base platform with the new Ranger. The iconic SUV is going back to its roots in appearance. It will get a retro boxy style with some modern flare. The rear mounted spare tire completes the classic look of the truck. Large, rugged all-terrain tires give the Bronco a tough off-road persona.

Ford offers a variety of engines to its line-up, but it seems logical that the Bronco will share the 2.3 liter, turbocharged, in-line four engine that the Ranger has. Since the Bronco shares a platform with the new Ranger it seems reasonable that other key features would be similar. The 10-speed automatic transmission, the two-speed transfer case and the electric power steering are some of the most likely features to be included on the Bronco. Purists will want a V8 engine choice, but it is more likely that the Bronco will offer the twin-turbo 2.7 liter V6 that is currently used in the F150 trucks. Rumor has it that Ford intends to offer a seven-speed manual transmission to give a sportier, more controlled feel to the ride. Overseas variants of the Ranger feature a four-cycle diesel engine, and it stands to reason that the Bronco will make the same offering.

Even a rugged off-road vehicle needs the modern touches of tech. Sharing a platform with the Ranger is a good indication that the Bronco will share the same active and passive driver assistance features. Included in those assistance features are blind spot monitoring, adaptive cruise control, automatic emergency braking, and lane keep assist. In addition to driver assistance features, consumers can likely expect the Sync 4 infotainment system that features wireless connectivity through both Android Auto and Apple CarPlay. The off-road navigation system that can be found on overseas models of the Ranger is also safely assumed to be one of the Bronco’s features. Rumors about a feature called “Convoy Connections” are being circulated as well, but it is unclear what exactly the feature is.The FordPass app is also expected to be included on the feature line-up of the 2020 Bronco.

Primarily, the Bronco is an SUV with off-road capabilities. It will be available in either a two-door or a four-door body style built on the Ranger platform. Rumors are flying about the possibility of a Bronco pickup variation being created later in the new Bronco’s lifespan. There is also a version loosely being called the “Baby Bronco” by reviewers.

Along with the full-sized Bronco, Ford is introducing a smaller version of the truck that is slated to be competition for the Jeep Renegade. The “Baby Bronco” will be similar in appearance , but it will be smaller than the traditional Bronco. This smaller SUV is anticipated to be considered a crossover with a unibody construction. It is rumored, but not confirmed, that this smaller Bronco will be called the Maverick or possibly Bronco Sport.

After approximately 24 years off the market, the 2020 Ford Bronco is due to make its revamped debut sometime in the spring. Ruggedly classic, the new Bronco brings the off-road icon to life. Fans of the Bronco as well as new consumers are sure to appreciate the retro styling combined with more modern features. It’s time to drive a legend.

You don't have any saved vehicles!

Look for this link on your favorites:

Once you've saved some vehicles, you can view them here at any time. 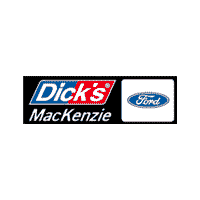